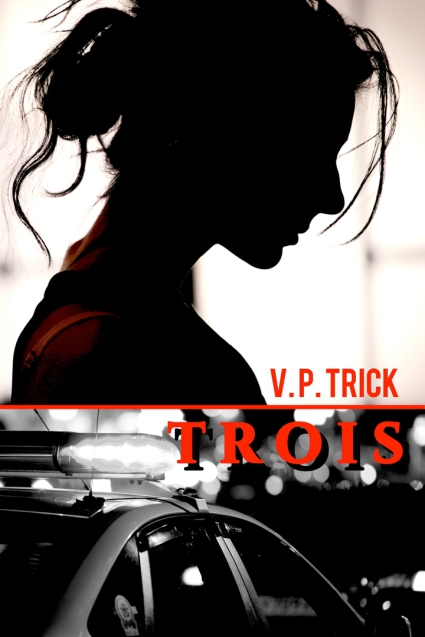 A writer, a cop, and a career move

After her stint as a filing clerk, Patricia moved up in a world. Now (somewhat) happily employed in a big corporation, her life could return to its normal of writing, drinking, walking, and avoiding her recently ex-boyfriend cop. Moving in together? So much for casual! Perhaps she missed the infuriating man, maybe her new boss was a jerk, but damn it, she was not giving up on her brand-new ordinary life!

Relationship hiatus aside, she didn’t have one worry whatsoever. So what if some lunatic kept sending her pen name cheesy love poems? Nobody knows my real name, Big guy. The gentleman stabbed in a mall toilet? Coincidental. The old geezer ran over on a country road? No link to her. And the dead man murdered at the rest area? Not. Tied. To. Her.

Admittedly, Chris’s plan had backfired. The damn woman thought their relationship was still casual. Worse, she acted as if they were off while he believed they needed to regroup and plan better. At least, he did. Why couldn’t she follow his lead as his detectives did? If he smoked and drank Scotch, that had nothing to do with the damn woman borrowing guns, ignoring threatening fan mail or leaving a trail of dead men as she traipsed around the countryside, right?