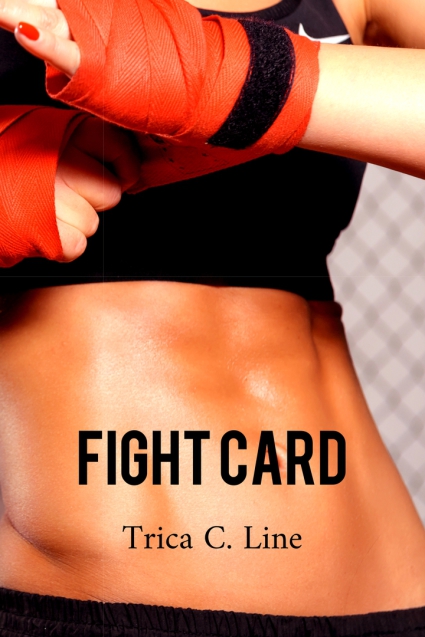 Trica and Jeremy, in an alternate everyday universe

One woman, a man, and a fight to the finish

A rare occurrence, Jeremy got drunk that night, Between his apartments complex, training at his gym, and his sports bar, he had better things to do than to ogle ring box dolls. Except for that night. The bar was closed Monday to Wednesday, none of his twenty-four apartments needed fixing, and he was fed up of training slobs, himself included. Just fucking tired of the greatest time of his life. If he found beauty so fucking complicated, why couldn’t he get her out of his mind?

She should have closed her eyes, her damnedest, bluest eyes when the jerk kissed her. She should have acted as if she meant it. Now, I know you’re up for grabs, and I’ll fight you for you every fucking step of the way until I win you. And quite a fight it will be.

Bright blue eyes were looking at him, made deep and sultry with dark eyeliner and mascara. Two reasons why wasting the night with Gina and her complaints about Ton proved well spend. The Cookie being at his side for the entire meal was the first; retrieving the bags of clothes was the second. Ogling her in her outfit–the skinnies, the virginal white blouse, and the heels–was worth the pain of listening to the sis bitching any day. A hint of lavender floated to his nose when she shook her head. Breathtaking.

“This feels weird.” She looked down at herself. “I haven’t worn high heels in a long time.”

Shit. Was she back to mourning the dead guy again? He was starting to hate the jerk. “Since your husband?” He asked softly. Soft all the way the plan stipulated.

“Oh.” She looked up at him, startled, then smiled. “Not that long. I had stopped putting heels for him long before he died.” Cocky. “But I started wearing them again for a while after his death. For the jerks. But I realized I didn’t care enough.” She sipped the glass of wine he had offered, and the smile grew. “Even without heels, jerks are jerks.”

He held out his beer. “Let’s drink to that. Jerks and heels.”

She clinked her wine glass against his bottle. “Jerks and heels.” And great fucking legs, Cookie Doll.