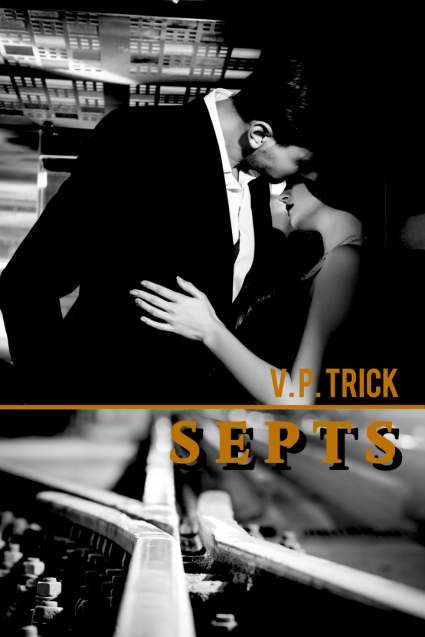 A writer, a cop, and a stint on the web

To help a friend, a relative of her ex, Patricia ends up playing hostess on a tacky show. To make matters worse, her cop boyfriend Christopher feels compelled to take her to his latest crime scene as a form of therapy. Couldn’t she focus on her writing instead? Writing is the only constant in her life, after all. With no family but for a couple of odd friends whose past company gave her plenty of reasons to hate cops, she enjoys losing herself fin her characters’ lives. Thus, setting up house with the Big guy feels like a momentous step. As if her life wasn’t complicated enough. Understandably, she’s somewhat deferring their house shopping. Surely, the infuriating man doesn’t expect her to move into a porn palace without a single café in the vicinity! All she wants lately is to work on her book and forget about everything else, murders, exes, and jobs, hers and his included.

Chris can tell ghosts from her past still rattle Patricia. As a tough, no-nonsense, chief homicide detective, more bent on getting results than following the law, he feared nothing. Then he met her, and now fists and knot keep him up with worries. Old friends, corpses, dirty cops, part-time jobs make for a challenging relationship.

As they were in the middle of a discussion, he’s called to a crime scene and bring Patricia. Think of it as therapy, Angel. At the site, a bodiless leg dangles from a butcher’s shop sign. A riddle tattooed on the thaw skin taunts them. Another sicko roams in the city. Do not get involved, Angel.